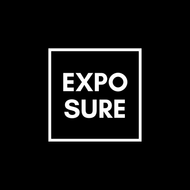 Exposure
News • Politics • Culture
This channel is everything we want to say as Patriot Amercians w/o any of the Commie YouTube Censorship!
Interested? Want to learn more about the community?

So many questions. SO much gaslighting. People want to know... why did the capitol breach happen?

Bad actors instigated it. Video evidence of people changing their clothes mid-riot from Trump gear back to Antifa regulars prove just a small portion of that. Salt Lake City activist John Sullivan got paid for his footage inside the capitol. And he was let out of jail on bond. Hell, even the Feds with Ray Epps were there on Jan. 5th instigating the day before.

But why? Why did they need this "stopage?"

Among many reason, I believe a portion of that answer, and in my opinion the most consequential, lies with the role of the President of the Senate, Mike Pence.

Here is the real reason they needed a J6-type event.

This is a story I did 7 months ago during my YT days, back when they actually somewhat allowed a patriot voice, and it still holds up today. In fact, I'd say a day like today is EXACTLY the day it was meant for.

These are the moments you find out who someone truly is!

Today was the day Rep. Ramthun and his set of Constitutional attorneys were going to meet with Robin Vos, who he had agreed to meet with publicly in a radio interview just a few weeks back, to talk about the mechanism and constitutionality of decertification.

The meeting in which was set up by his work in bringing the resolution AJR 120 to the floor.

Tim joins us to talk about it in this interview which took place at 11:00 a.m. on 3/16 WHILE THE MEETING WAS STILL HAPPENING!

I'll save my commentary on the matter until after you've heard from Tim.

As always, Kandiss Taylor shows why she's the frontrunner in the running for Governor of Georgia. We go over:

There is no amount of slime they won't crawl thru to get what they ultimately want.

What is Vos' motivation? What is his incentive? Why is he doing this?

Follow me on Telegram. I do the majority of my short news there: https://t.me/MDExposure

When I’m not posting here I’m posting over there. I have other socials as well but for right not Telegram is my other main source of comms.

See ya over there peeps!

Last night we ask got together again (minus Julie, she’ll be on next time she wanted everyone to know) and man was it a fun show! We hit so many topics:

And Q OOTD drops by to make a cameo appearance as well!

And tonight we have another edition of Exposure After Dark (EAD) dropping with me and J$! Lots going on over on Exposure.

Powered by Locals
About Community
Exposure
9685 Members
Don’t have a Locals account yet? SIGN UP
I’m already a member Log in
Please keep this window open while your file is uploading...